Epic Antarctica: From the Peninsula to the Ross Sea & Beyond 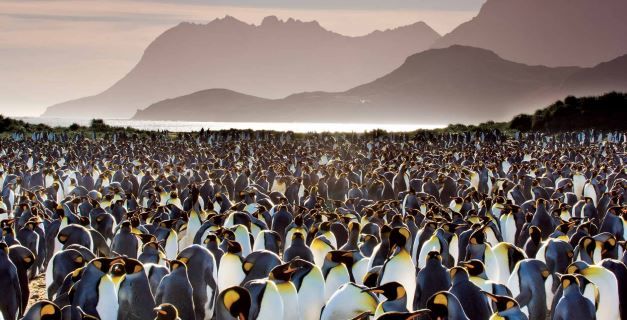 Epic Antarctica: From the Peninsula to the Ross Sea & Beyond

This extraordinary new voyage is like a blockbuster film—the star is the seventh continent. And the co-stars are the big ice of remote West Antarctica, where we are sure to set foot where no other humans ever have; the prolific wildlife and impressive ice shelf of the Ross Sea region; and the sub-Antarctic islands of New Zealand and Australia, World Heritage sites for the thousands of seals and millions of penguins here, including huge colonies of king penguins and the endemic royal penguin.This is wildness and wildlife at its finest. Following in the footsteps of Scott, Ross, Amundsen and Shackleton, perhaps only a few thousand people in the history of the planet have ever made this voyage. And the opportunity we’re offering is too good to pass up. Join us, and you might be able to legitimately paraphrase the iconic line: “To boldly go where no man has gone before.”

A city of stunning natural beauty, Auckland blends the best of the modern cosmopolitan world with that of a Polynesian paradise. Nestled between two beautiful harbors, this marine playground offers breathtaking views and more than 1,000 bays and beaches. Shop the colorful Victorian Park Market or the charming boutiques of Parnell Village. Explore museums brimming with artifacts of the Maori culture. Or enjoy the natural splandor of the city, from English-style rose gardens to extinct volcanic sites. Popular landmarks are One Tree Hill and Mount Eden.